Join us for worship starting at 10:30 a.m. Sunday, September 8, at our winter home, the “Clock Tower Church,” located at 42 N. Broadway, Tarrytown, N.Y. 10591. Children depart for Sunday School at 10:40, after the children’s sermon. Nursery is available.

HOW TO BECOME A MEMBER

If you’ve gotten to know our church and would like to “officially” become a member, there’s just the simple formality required of saying “yes” to our yes. The Elders would love to meet with you and formally welcome you into membership. Then, on a subsequent Sunday, before the congregation, there is a simple ceremony of welcome. If you’d like to know more, or have questions, speak with Pastors Jeff or Julia or any of the Elders: Renee Chillemi, David Kim, Maria Canales or John Phillips.

We grow in faith through prayer, study, music and service.

Check out events at the Clock Church and Old Dutch Church.

The new community of Dutch Reformed would have had its own Elders and Deacons and shared a minister with the Old Dutch Church of Sleepy Hollow. That church has a similar arrangement with the Dutch Reformed at Cortlandt Manor dating from 1697 when the Sleepy Hollow community was first recorded as established, though the structure had been completed in 1685 and the community had been there for long before. The Cortlandt Manor community had its own Elders and Deacons but recognized the community at Sleepy Hollow as its head, and regularly went down to the village for services and to record their births and marriages.

Presenting an impressive façade on North Broadway, the structure’s steeple remains the highest point on North Broadway and the tallest physical structure in Tarrytown, despite not being built on the heights of the city. The church’s porch of four columns supporting an extended pediment offers a refined architectural addition to the business district of historic Tarrytown. 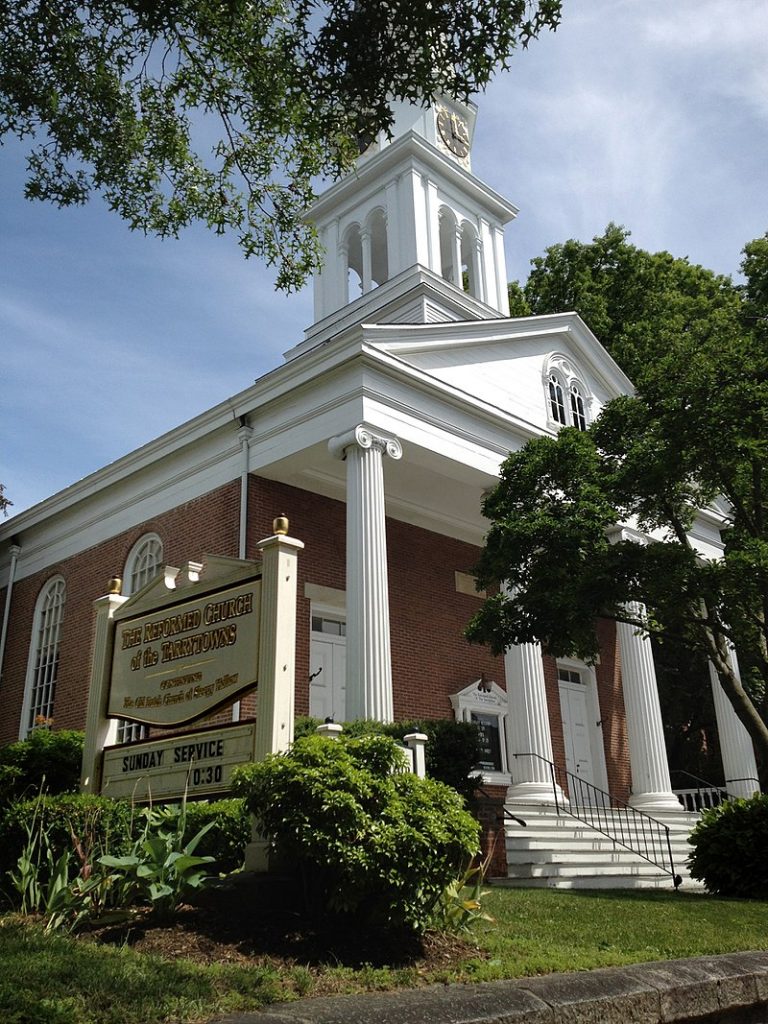 Leadership What We Believe